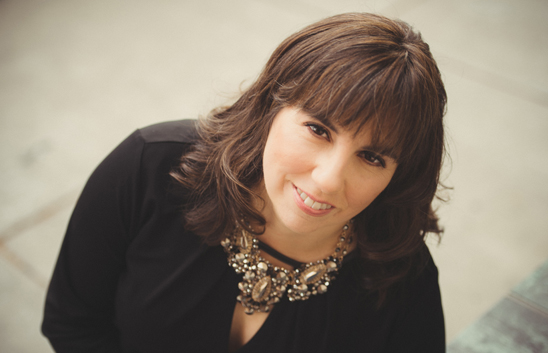 A South Bay native, Michelle Pollace [poh-LAH-chi] has embraced many musical styles over her career; her performance and recording credits include orchestra member in Lou Harrison’s internationally renowned Gamelan Si Betty (Indonesian orchestra), keyboardist for Chepito Areas (Santana’s original percussionist/arranger), co-leader of blues-rock band featuring Robbie Hoddinott (Kingfish, Bob Weir), chorus member in a Gilbert & Sullivan theater company, bassist for a grunge band, and more. Michelle began her musical journey as mostly self-taught, inspired to make music with any instrument she came upon. She began writing songs at age 11, before taking formal piano lessons in her teens. She preferred playing by ear, however, also picking up bass and guitar during that time. Once she became smitten with jazz in her later teens, she delved into formal instruction in earnest; besides studying classical and jazz piano (through SJSU and privately with Martan Mann), she has studied Latin piano/arranging (privately with Rebeca Mauleon) and Latin percussion (with Dan Sabanovich).

With Michelle Pollace's Latin Jazz, she expresses her love of both jazz and Latin rhythms, inspired particularly by the small piano-centric combos of Michel Camilo, Hilton Ruiz, and, in his explorations of Latin jazz, McCoy Tyner. Her love of melody and affinity for well-structured compositions creates a classic sound, of which critic Mark Tucker of Folk & Acoustic Music Exchange writes, “I’m highly reminded of Ahmad Jamal’s ... and others’ old canons of work.” Her arrangements of jazz, Brazilian, and Afro-Cuban standards are original, and her own compositions honor the roots of the music while adding a new voice. Her latest CD, New Beginning (April 2013), has garnered accolades as well as airplay on around 200 satellite, public, and college radio stations, plus made the “most added releases” list in JazzWeek and the 2014 Grammys ballot. The CD features some of the San Francisco Bay Area's top-call musicians -- producer Rebeca Mauleon; David Belove on bass; Phil Hawkins on drums; Carlos Caro and Michaelle Goerlitz on percussion; and saxophonist Kristen Strom. Listen to excerpts and purchase the CD here.

The Michelle Pollace Latin Jazz band plays a variety of venues, from the quieter restaurant environments to the vibrant stages of outdoor festivals. Michelle draws on top-drawer Bay Area talent to meet the energy and budget for any event.